ADDITIONS SCENE SELECT All features, quizzes and mini games accessible through one screen, stripped back for classrooms and simple homework sprints! It sits apart from Adventure mode in that no stars or achievements are rewarded and there are no characters around. Flick back to Adventure mode to jump back into your story! Games continue infinitely and randomly in SCENE SELECT until you exit them yourself. 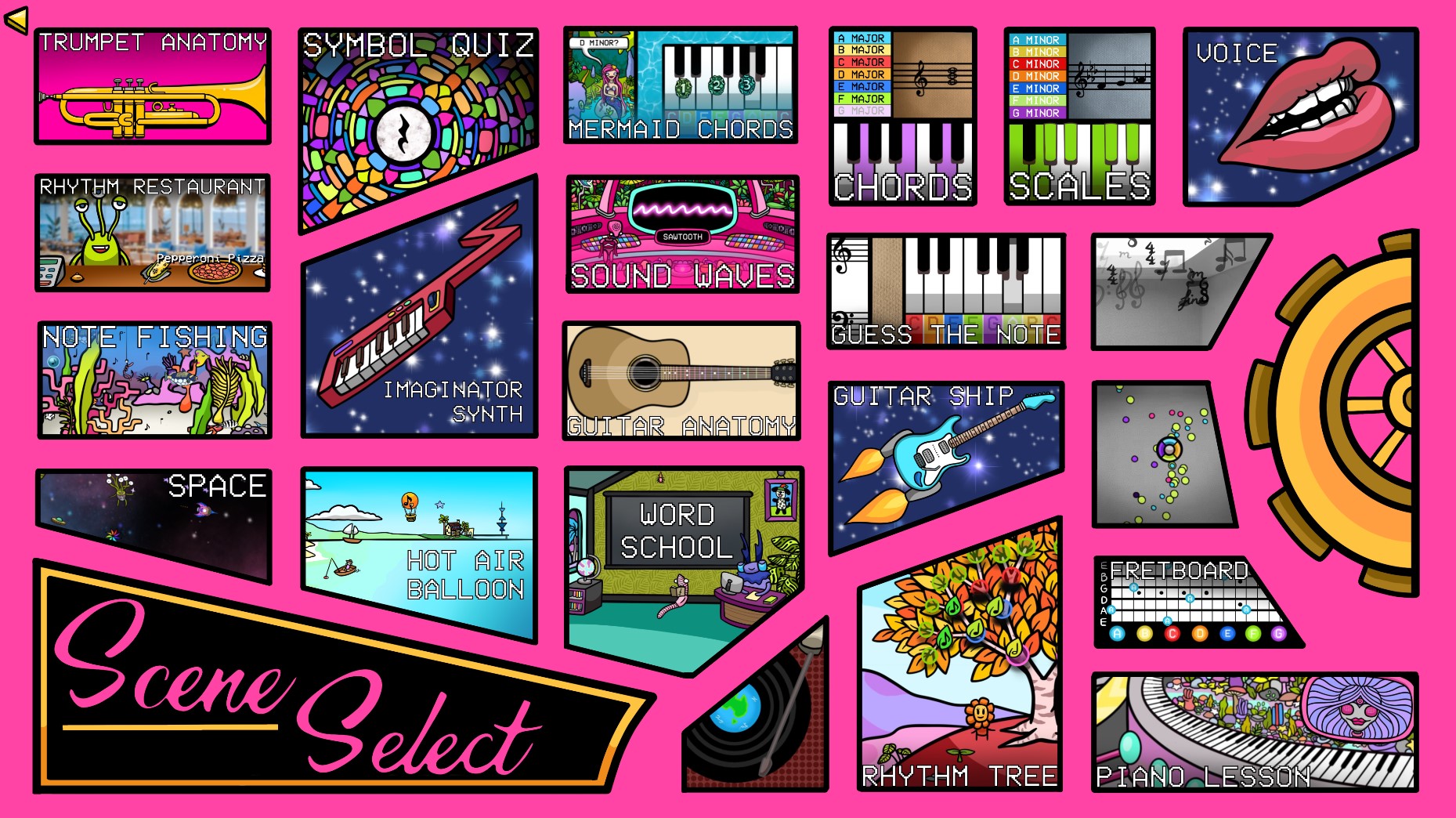 NEW AI CHAT SYSTEM A beautiful new layout for ALL characters chat screens, with their TYPE (Scientist, Bug, Musical, Beast, Artificial Intelligence), their MOOD (Fine, Happy, Sad, Shocked, Angry, Silly, Unimpressed), their musical instrument (everything from triangle to samplers), and their favourite music genres (everything from grunge to folk). 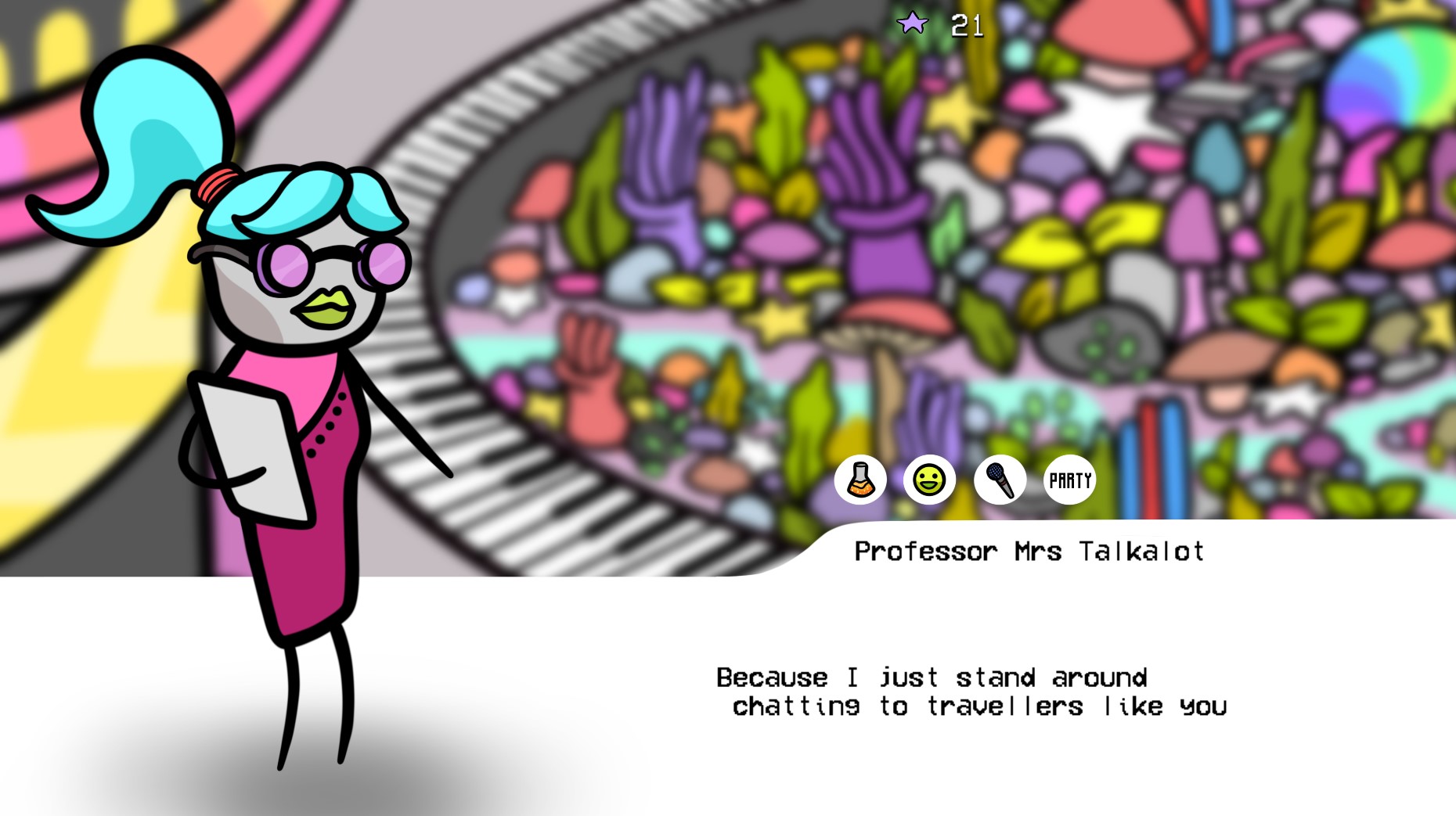 SONGSUGGESTORBOT You should write a song about…

BEING YOURSELF AT A STRANGERS PARTY! A LOST STARFISH LOOKING FOR THE BOTANIC GARDENS! SATELLITES IN YOUR FAVOURITE CAFE! 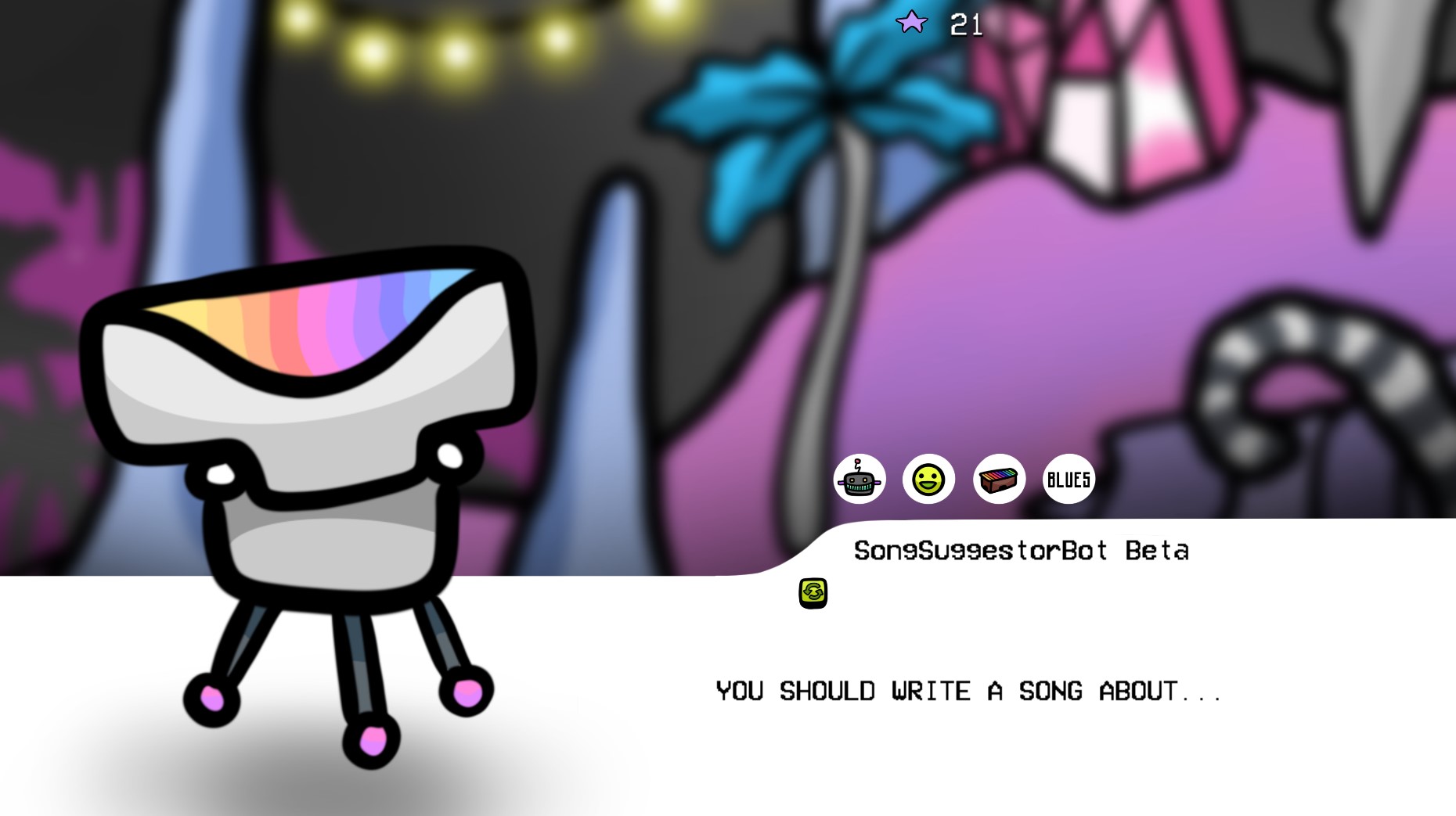 Hello! I will include your game in next update of my "Indie Treasures" application.  Do you agree?

I created this application to promote Indie games.